Hewn into solid rock, Temppeliaukio church is a must-stop while in Helsinki. The building doesn’t open until 10am, but at 9:30 tour buses line up and unload dozen after dozen of eager foreigners. Unaware that this was such a popular spot, we hopped on a street car and found the church only because a friend of ours had gotten married in it and recommended that we see it.

The “rock church” is open on a daily basis for gawking tourists (such as we found ourselves to be), while closing for a couple of hours for concerts, weddings and private engagements.

The dome ceiling is covered with a large disk made out of over 72 thousand feet of copper stripping.

Apparently the rock walls make for great acoustics, but it’s the cozy feeling of being underground while viewing the enormous copper disc hovering above that makes this church such a hot-spot! 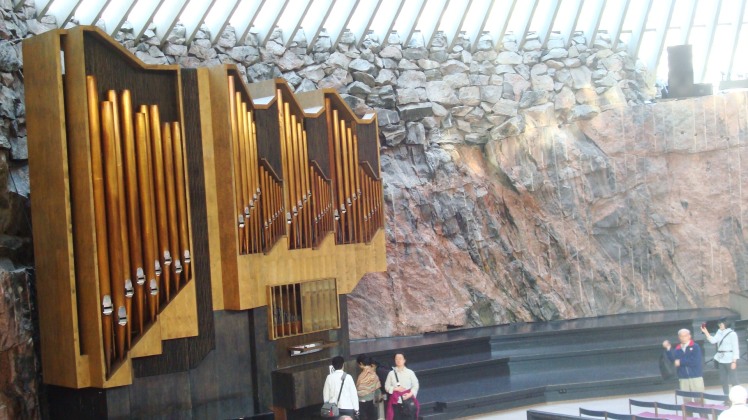 An impressive sight, to say the least.