After 14.5 hours, Britt landed safely in New Delhi, India. A driver and coworker from IKEA were waiting for her at the airport and then took her out to dinner. Where did they go for Britt’s first Indian meal? Domino’s. Super cultural, right? 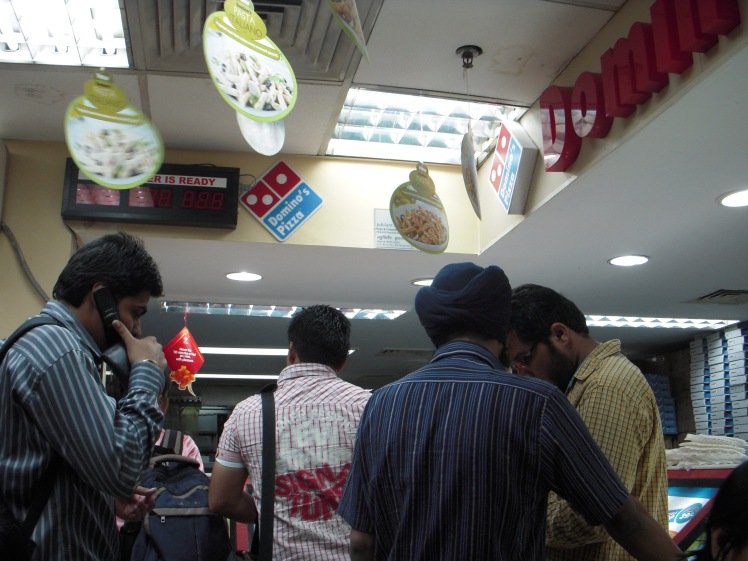 Britt said that while they were packed in the small restaurant eating their pizza the power went out, and without skipping a beat, everyone pulled out their cell phones and continued what they were doing by the light of the cell phone screen. Apparently the power goes out several times and day, and the people are no longer phased by it.

After being in India for only 5 days, Britt has been to 4 different malls and several markets. The malls, she says, are huge and have every store that you could imagine, making the Mall of America look like a convenience store. 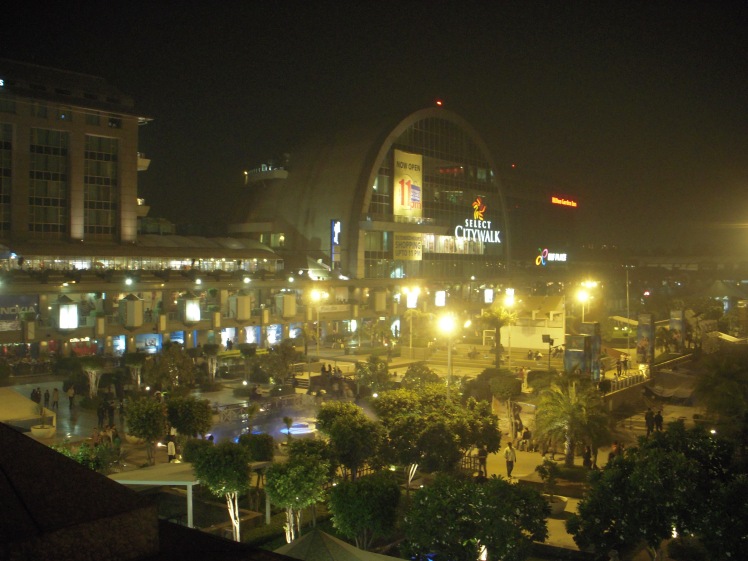 While there are a lot of things to adjust to when moving to India, Britt says that the most difficult thing to deal with is the traffic (and she doesn’t even have to drive!). For the next 6 months Britt will have a driver to take her to work, the store, etc. etc. It’s a good thing too, because she says that there is absolutely no rhyme, nor reason to the way that Indians drive. The picture below was taken by Britt while on a 2-lane road.

A popular way to get around is via rick-shaw, although this one doesn’t look open for hire.

Britt is making friends and has found a flat that will be ready for her by the end of this week. On her second day of work she got to meet the current CEO of IKEA, who was in India for meetings. She’s enjoying work, making friends and stomaching all of the spices that come on the food. Can’t wait to see more pictures!

3 thoughts on “Welcome to New Delhi”