It’s been less than two years since I announced our move to Houston, and if I remember correctly, I was less than pleased about it. There was nothing appealing to me about living in the South, yet when I found out last week that we are moving to Philadelphia at the end of summer I was devastated. Not because I have anything against the city of Brotherly Love, truth be told I didn’t know enough about the place to have an opinion. I was devastated because I don’t want to leave Houston. We have come to love the Space City and all that it has to offer, so much so that the thought of leaving crushed me. IKEA was nice enough to give us a three month notice, so we have one more Texas summer before we pack up our brood and make the 25 hour drive up North.
Brittany and I flew up to Philadelphia this past Saturday to check the city out and try to get a feel for where we want to live. Much like I was with Houston, I am pleasantly surprised by how much I like it here. It’s the oldest city we’ve ever lived in in the States, which gives it a sense of charm and class. This is also the most touristy city we’ve ever lived in, which means there is a lot to do, but there are throngs of people to fight through. 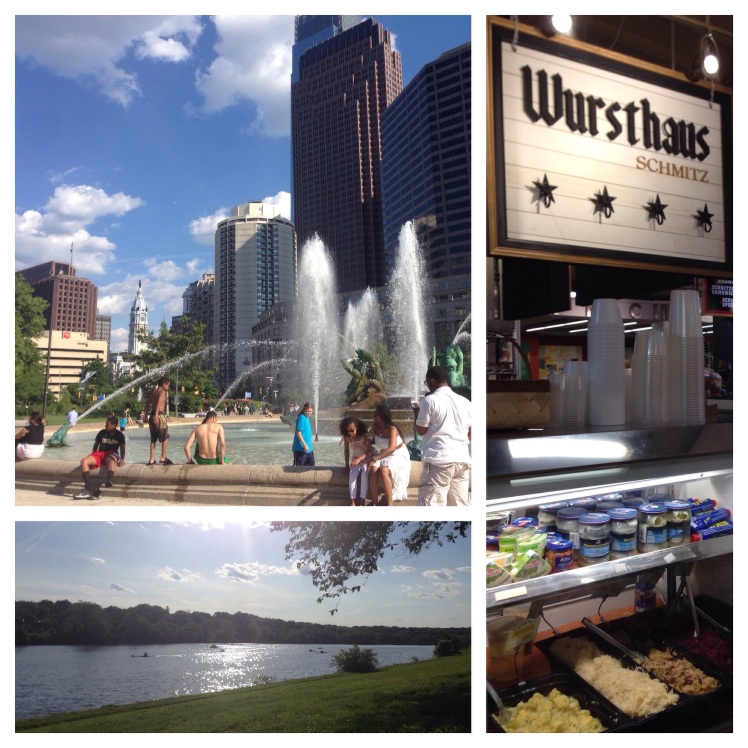 My favorite part about Philadelphia so far is the scenery. The city is nestled in between the Delaware and Schuykill rivers, which (at least this weekend) have been filled with rowers silently skimming their way across the water and under the stunning stone arch bridges.
Unlike Chicago, which sprawls out for miles and miles, Philadelphia is surrounded by small towns nestled in lush rolling hills with names like Manayunk, Roxoborough, and Conshohocken. We love that you can have the small town feel, yet be within 15 minutes of a major metropolitan (not to mention, only two hours from New York City and Washington D.C.). 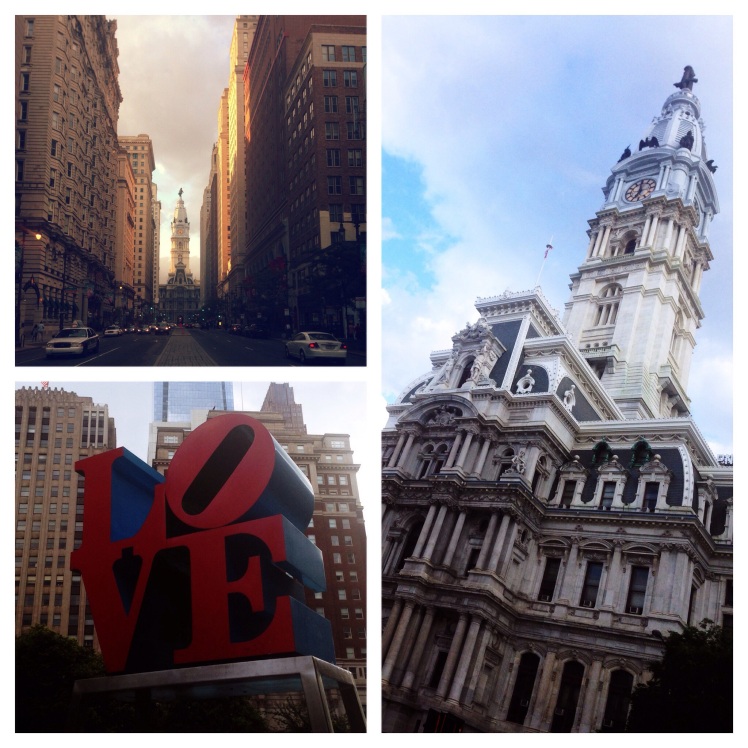 The past couple of days we’ve spent sight-seeing, and tomorrow the house hunt and job hunt for myself begins. Though when you work in the world of museums, job research is more fun than it is anything else and with the top notch museums they have here we are looking at a pretty fun filled couple of days ahead of us!