In all the great state of Texas, Houston stands out like the liberal, loud-mouthed, gay, animal-lovin’, tree-huggin’ aunt at a conservative family reunion. Now, we’ve heard that Austin, the capital, is (and I quote) “weird,” however we have yet to visit. Britt will be spending a week there at the end of the month, so she’ll have to do some comparative investigating. Until then, I’ll speak of what I know, and I know that Houston marches to the beat of their own odd-ball drummer.

It’s not the buildings that make Houston kooky. In fact, just driving around would give you the impression that Houston is just another metropolis. 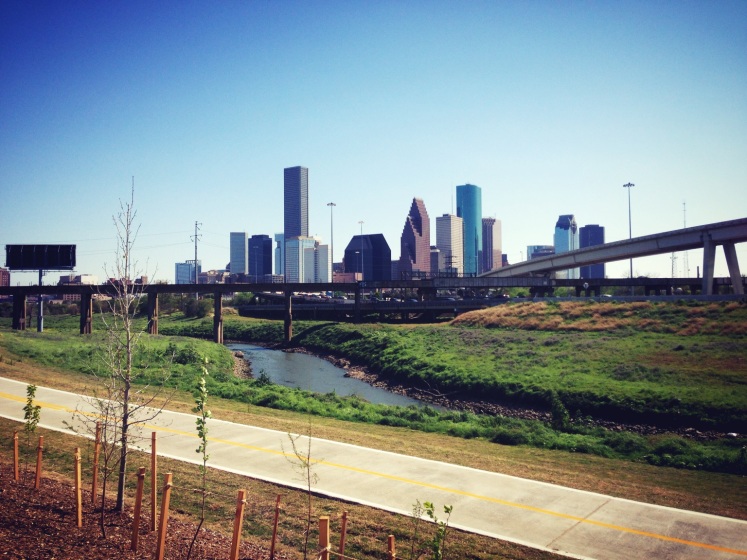 After calling Houston “Home” for 7 months, we’ve discovered an entire breed of people living here that we have only come in brief contact with previously in our lives. To call them “Artists” is an understatement, for they don’t just make art, they live it. To call them “Hippies” is impertinent, for they don’t just reject “the man” and seek a laid-back, good time. They are active community members using their talents to make Houston a safer, greener, and an all around more excellent place to be. They are the reason that Houston is different, and that’s why we love it here so much. But, because I can’t think of a word that encompasses all of that, we’ll just call them Art-Hippies, and enough about them already! This post isn’t even about Art-Hippies! It’s about what they drive… 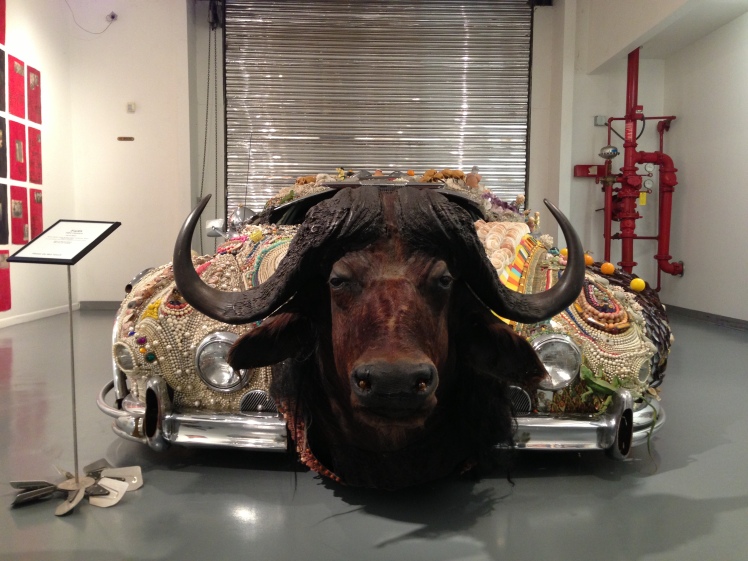 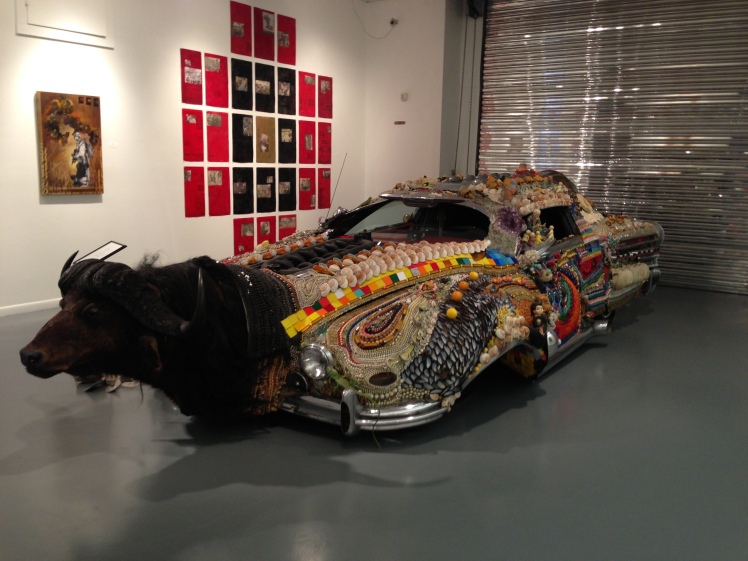 Ladies and gentlefolk, let me introduce you to Art Cars. These are working cars that are driven on the roads, so imagine our surprise when stopped at a light and one of these comes rolling up next to us. Houston is the Art Car capital of the world, and they are fairly common vehicles of choice. Two live in our neighborhood. Each year they kick off the summer with the Art Car Ball, and for the less formal of us, the Art Car Parade.

To kick off the Parade this year was our very own Mayor, Annise Parker, and her partner, Kathy. Mayor Parker is one of the first openly gay mayors of any major US city, and the second female mayor of Houston. Not what you expect to hear when reading about Houston, eh? 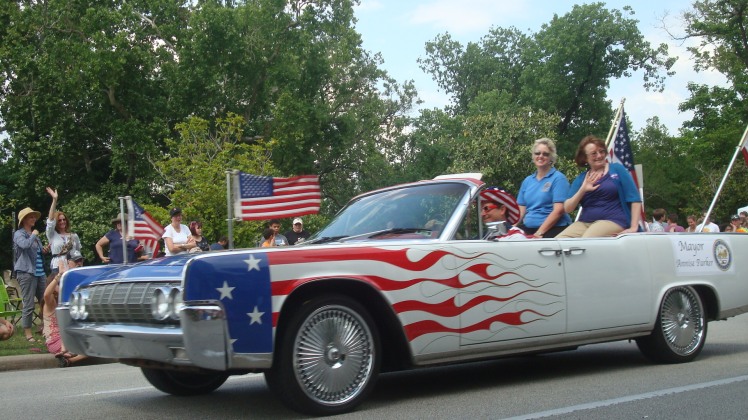 Now, back to the cars. Technically speaking, an Art Car, is an automobile that has been transformed by an artist into a personal symbol that pleases said artist’s aesthetic. So, with that in mind, included in the parade were unique scooters to incredibly detailed corvettes. 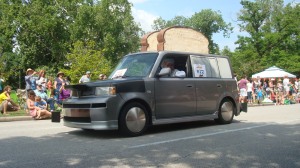 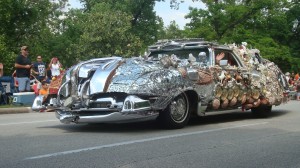 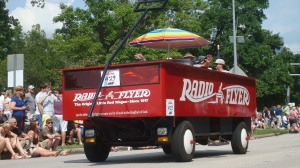 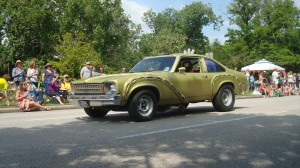 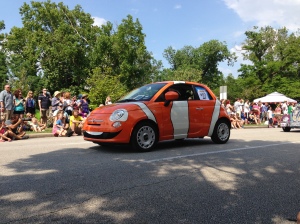 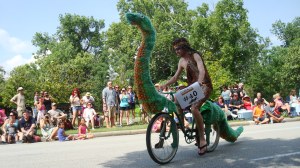 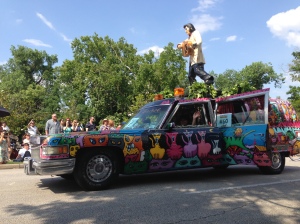 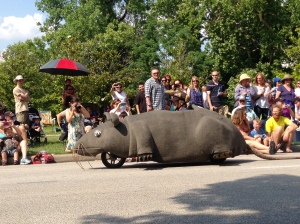 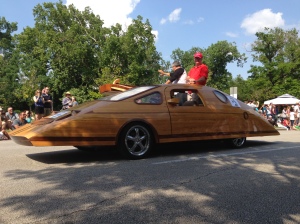 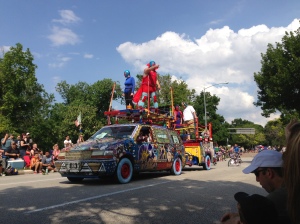 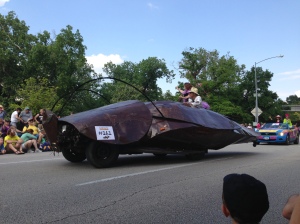 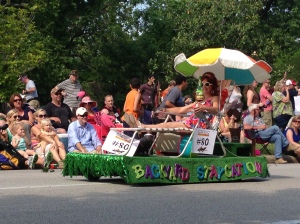 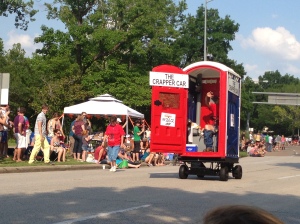 My favorite cars were the ones with things glued to them, and lucky us, the Art Car Museum is just down the street from where we live so we can hop down there anytime to get a closer look at the incredible detail on some of the more famous cars. 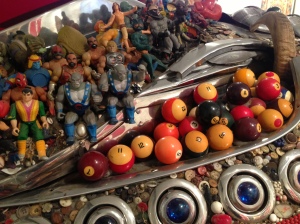 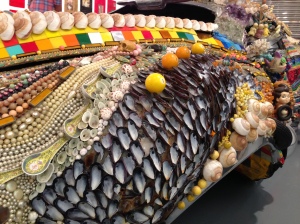 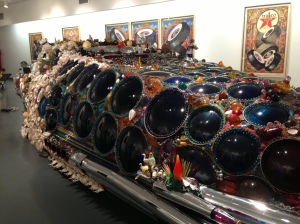 While we thoroughly enjoyed the Art Car Parade, we are looking forward to discovering other niches of Houston’s community. Who knows, maybe one day we’ll be able to say that we help keep Houston weird!

2 thoughts on “Hippies Among Cowboys”