It’s said that you can’t buy happiness, but you can buy a bicycle and that’s pretty close. Ever since we used bicycles as a main mode of transportation in Finland, we’ve been hooked not just on riding bikes, but on the lifestyle that goes along with it as well. That came to a screeching halt when we arrived in India. It was frightening enough to walk down the street without getting run over! Nevertheless, now that we’re both back in the States we’ve been riding up a storm, despite the fact that the US as a whole doesn’t cater to cyclists, making it difficult to find safe places to ride. This past Sunday we joined a gathering of riders in the Chicago area for Illinois’ first all women’s ride, Venus de Miles. Not only did Britt and I ride, but our fantastic Aunt, who loved biking with us during her visit to Finland, joined us!

Venus de Miles is an all women’s ride that benefits Greenhouse Scholars, and it is a RIDE not a race. The morning started out with breakfast, yoga and a small speech from one of the Greenhouse Scholars themselves. There was an option to do a 61 or 25 mile ride, and since we are fairly new to the game we chose to do the shorter of the two. By 7AM we were lined up and ready to go. 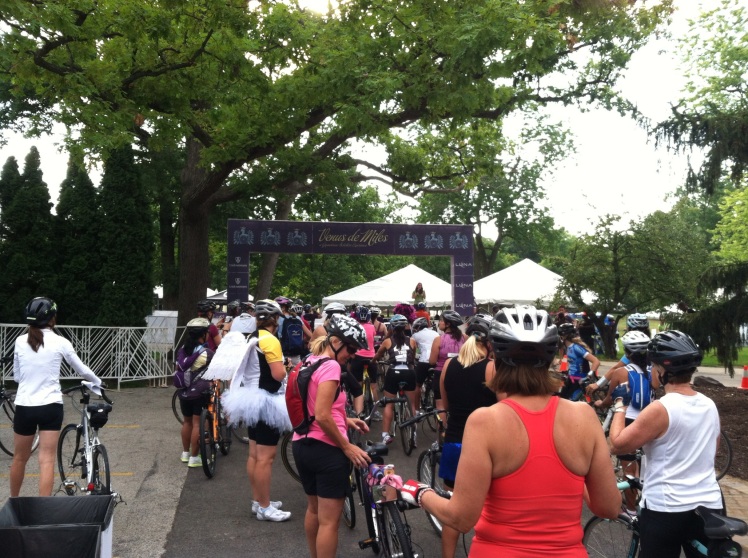 The ride snaked and weaved through Lake Forrest, a suburb outside of Chicago. We had a police escort, which kept us from getting hit by traffic, however the policeman misread the path arrows and ended up getting all 200 or so of us off course! To get back on course we had to do an additional 7 miles! 7 miles itself isn’t any big deal, but after riding for 25 miles another 7 was tough. Thankfully, we had beautiful weather and nice scenery. Two and a half hours and 32 miles later we came rolling across the finish line. 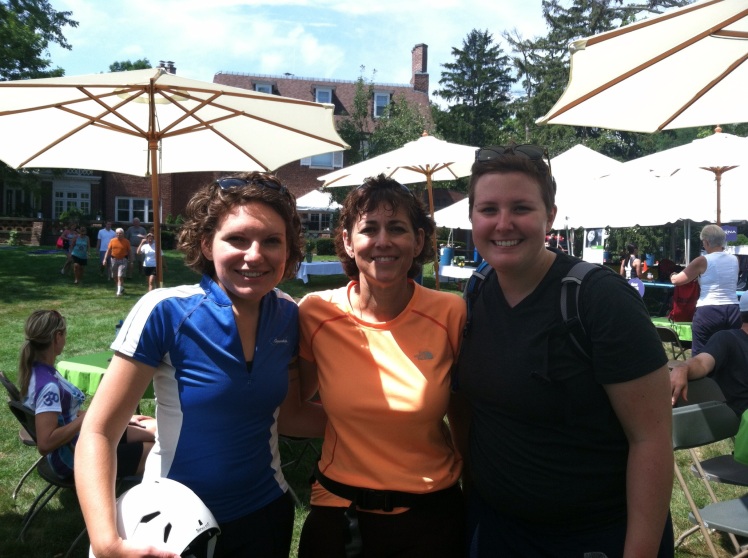 Whole Foods was one of the main sponsors, and they had a lunch buffet for us that was worthy of a wedding reception! It was delicious! We felt a great sense of accomplishment for completing our first ride, and we’ll definitely be participating in next year’s!

One thought on “Venus de Miles”