This past week Britt and I took a break from the chaos of Delhi, and headed South to the state of Madhya Pradesh in central India for a tiger safari. We had the option to either take a two hour flight to Jabalpur, or to take a 17-hour train ride on the Gondwana Express. The obvious choice would be the flight, but we’ve heard that if you travel within India, then it must be done by train, if for nothing else than the experience. So, we booked our tickets, and I stocked up on Dramamine (motion sickness medicine).

With the temperatures already reaching the 80’s during the day, we opted for seats in Air Conditioned First Class. 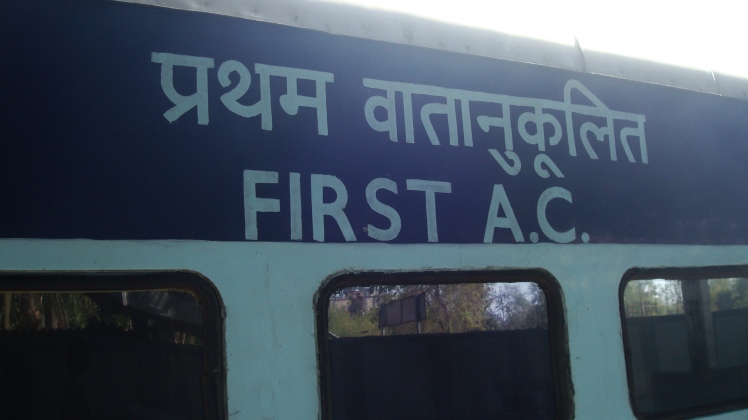 First class here doesn’t even begin to compare to first class back home, but everything is relative. We shared a berth with two other people, who spoke excellent English and were eager to fill us in on details about India. One of them was a seasoned train traveler, and had brought an entire picnic with her aboard, and she was nice enough to share her tea with me.

I’m not sure why this train is called the “Gondwana Express” when there was nothing ‘express’ about it. We did some calculations and figured out that, on average, the train creeped along at around 35 miles per hour. The train was also delayed several times, coming to a complete stop in the middle of nowhere for reasons unbeknownst to us. There was no intercom system, so thank god we didn’t have to get off on any of the intermediate stops. We went from one end of the line (Delhi) to the other (Jabalpur). Although we moved slightly faster that the speed of smell, it was just fast enough to rock the train back and forth making us all look like jello molds being shaken while trying to sleep. It also caused me to go through an entire bottle of Dramamine! Thankfully, I didn’t get sick because I don’t have much experience barfing into one of these: 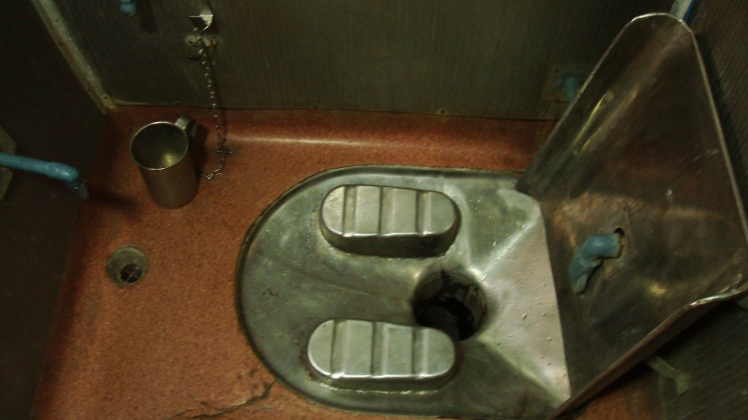 It’s one thing for us to successfully use a squatty potty on solid ground, but I feel like we should be given a medal for being able to use one on an Indian train in motion! This must be the cheapest toilet ever installed on a train, because it was literally a hole in the floor that opened to the tracks. This made for an interesting time when, in the middle of the night you had chilly 45 degree air rushing up your butt! The 17 hours went by much quicker than we had anticipated, and even with all of the delays we only arrived 30 minutes late. We stepped out into the humid heat of Jabalpur and, after a bit of confusion, we found our driver, then buckled in for the 3-hour trip from Jabalpur to Kipling Camp.