Regardless of political beliefs, it has become custom for all visiting dignitaries to visit, and pay respects to Raj Ghat. Though we are by no means dignitaries, we did feel a sense of duty to pay our respects. Located just off of a main road, this unassuming place is hidden behind a wall of trees. After walking down a beautiful path, you are face to face with one of the most visited places in all of India … 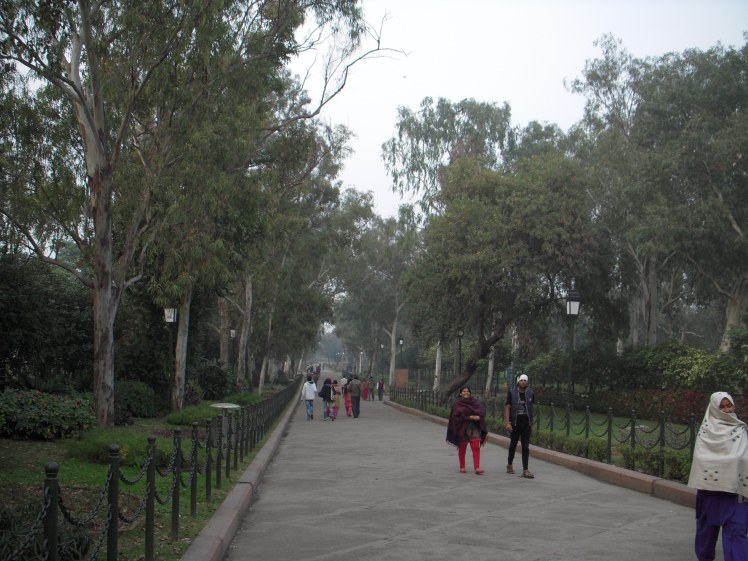 the site where the Mahatma Gandhi was cremated. You have the choice to either go up and look down on the site, or you can walk right up to the memorial itself. 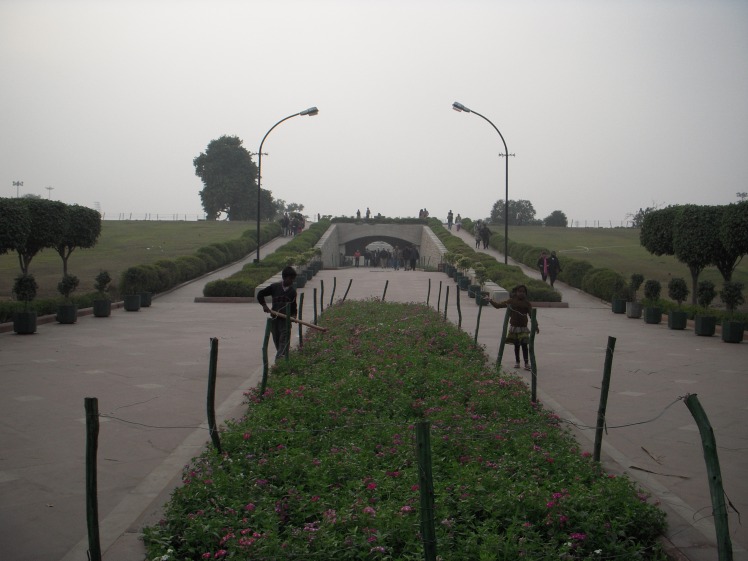 If you chose to approach the last place that the Mahatma rested on this earth, then you first must take off your shoes, for this is considered to be hallowed ground. It was a strange feeling, standing there as an American and as someone who wasn’t even born until 39 years after the day the Mahatma was assassinated. The only thing we had learned about Gandhi while growing up was that he stood for peace and non-violence. As we’ve traveled and seen different people and their cultures, and watched as humanity has become quicker and quicker to resort to violence, we have become more and more interested and in awe of what Gandhi stood for. 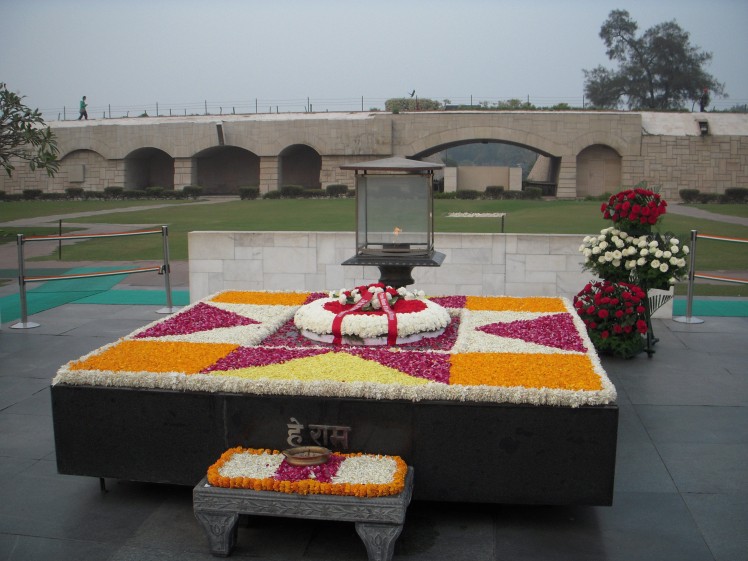 Raj Ghat is not only a memorial to the Mahatma, but nestled within the surrounding park are several other cremation sites of India’s past leaders; including it’s first (and only) female prime minister, Indira Gandhi. Her memorial is marked by a huge stone surrounded by a small flowerbed. All memorials are guarded by armed militia, and all sites require you to take your shoes off before approaching. 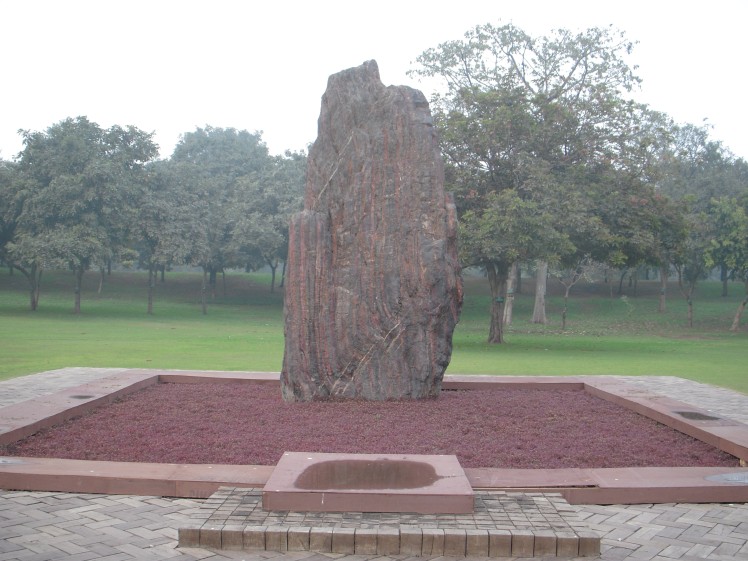 As we wandered from memorial to memorial, pondering the life of the Mahatma and of those leaders who shaped this ancient civilization into what it is today, we were filled with an overwhelming sense that we were indeed walking on hallowed ground.