With Britt’s work obligations completed, on Friday morning we boarded the Statens Järnvägar (Swedish State Railway) for Stockholm. Though we found the small town of Älmhult to be charming, we were very looking forward to ending the trip in Sweden’s Capitol.
After four hours, and two near-vomiting accidents later (our seats were facing backwards, which instantly made me nauseous) we pulled in to Stockholm Central Station where it was so cold even the statues needed earmuffs. 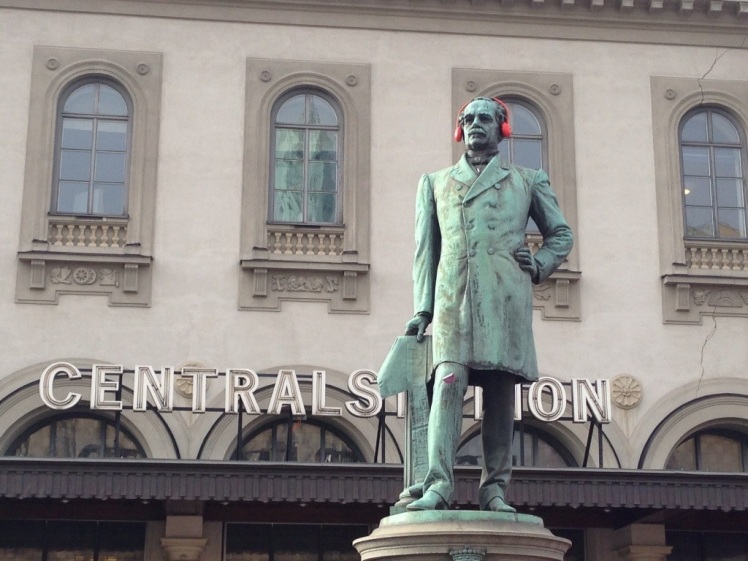 Our hotel of choice for this leg of the trip was actually a hostel, and not just because it was a good deal. City Backpackers of Stockholm has been voted the number one hostel in the world, and it was easy to see why. Decorated with vintage travel paraphernalia, and stocked with the most modern electronics (computers, tvs, etc) City Backpacks felt more like a young adults dream house than a hostel. We did have to use communal bathroom, shower, kitchen and lounge spaces, but we met some very interesting people, and had a private bedroom. The overall experience was fantastic, and far outweighs any hostel (and several hotels) that we have ever stayed at. 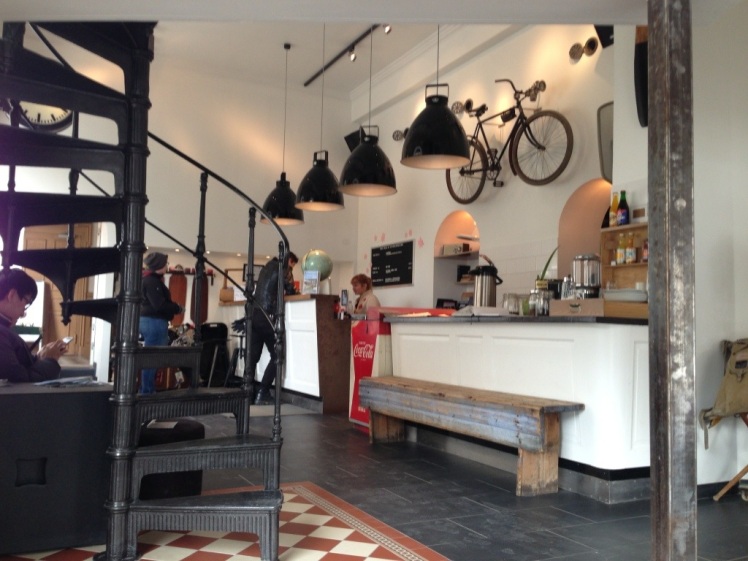 On to the city itself. The first thing we thought when stepping out to explore the town was, “oh my god, it’s so cold!” You would think that with the temperatures at or below freezing, there wouldn’t be very many people out and about, but the weather seems to have no effect on the Stockholm-ians. More people were walking the streets of Stockholm in the arctic weather, than there seem to be on the streets of Houston on any sunny 72 degree day. Not only that, but there were hundreds of people who had bundled up their babies and loaded them in their pram (stroller) for a walk in the city! Though it sounds like madness, after walking around for just a short while it was evident that the scenery alone was worth fighting the cold.

The buildings, with their lively colors and beautiful architecture, had an elegant look to them, giving the city a regal air to it. Perhaps this feeling of elegance is due to my being an American and living in a country that is newer than most of the buildings that make up Stockholm. American cities are stunning in their own right, but there is something so classy about the old buildings in Europe. 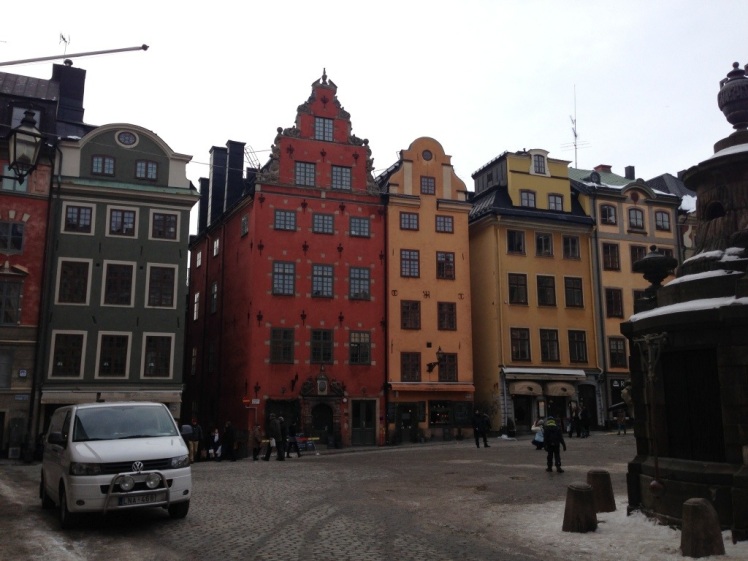 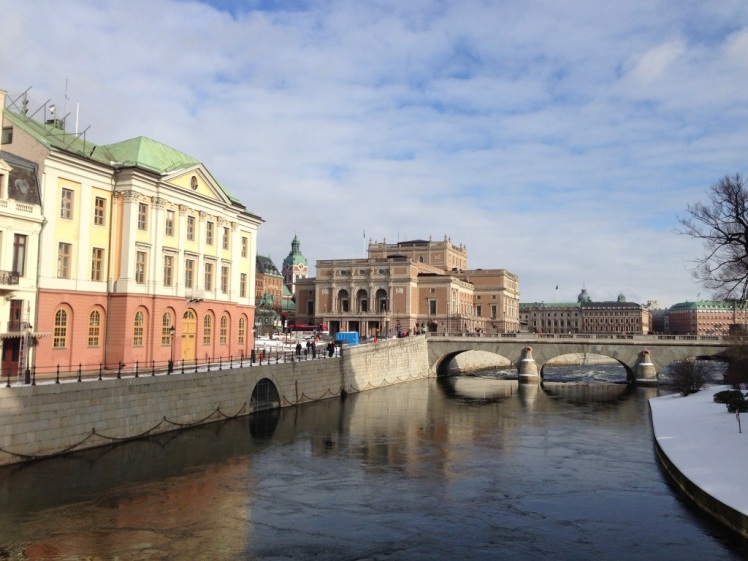 5 thoughts on “Taste of Stockholm”