Prior to arriving in India, Britt and I decided that I would head back to the States in March, leaving Britt with two more months in India before we’re on the move again. We tried to cram as many last-minute things into my final weekend in Deli as possible, because chances of us going back to India any time soon are slim. With several of the sites checked off of our list, we only had one remaining by my last weekend; Humayun’s Tomb. 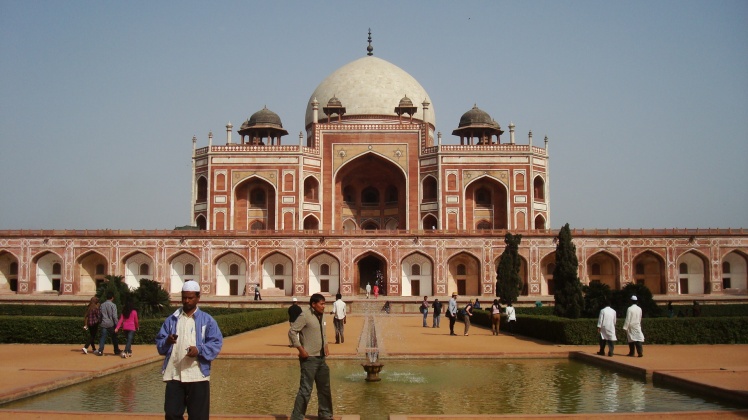 Located in Delhi, Humayun’s Tomb is a UNESCO World Heritage Site, and a major tourist hot-spot. It is a “garden-tomb”, as evidenced by the lush and organized foliage surrounding the site. 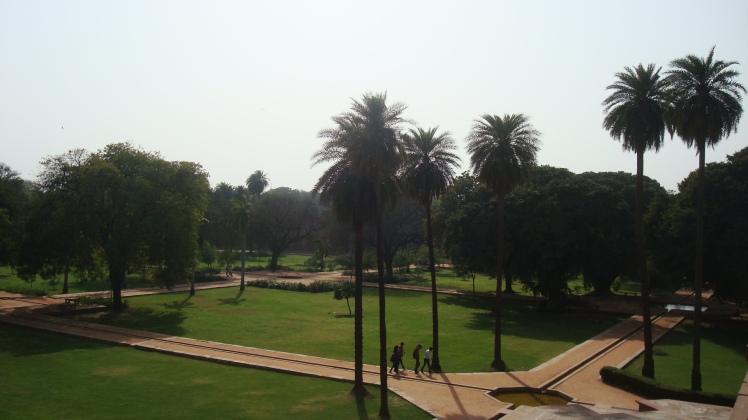 Humayun’s Tomb is a popular spot amongst tourists because it is the architectural precursor to the Taj Mahal. When placed side by side it’s easy to see the similarities between the two… 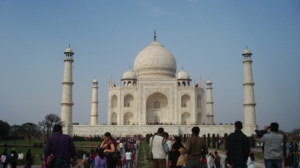 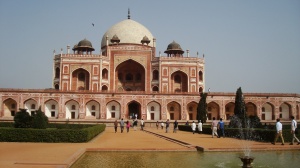 It was bittersweet checking Humayun’s off of our list, because it meant that it was time for me to get packing, but to be completely honest, I was more than ready to get the hell out! Between the thousands of people packed into small spaces, the worst illness I’ve ever experienced, and random ambushes, I was counting down the hours until my plane left. But India couldn’t let me leave without one last bang!

I woke up on my last day at 2am with the all-to-familiar severe cramps of Delhi-Belly, or as it’s formally known, dysentery. I wasn’t leaving for the airport until 10pm that night, so I had several hours to load-up on anti-biotics and get myself ready for the 24-hour trip home. Several hours later I was laying on our couch while Britt was making me some toast in the kitchen, when all of a sudden everything started shaking. Never having been in an earthquake before I was confused as to what was happening, but it wasn’t long until I realized what it was and I was paralyzed with fear. “I’m never going to make it out of India alive,” I thought. Though the earthquake only registered as a 5.2, it was enough to scare the hell out of me and set me on edge for the rest of the day.

When it came time for me to say, “goodbye” to Britt tears were streaming down both of our faces. It’s true that we were upset about having to be apart for 2 months, but it was so much more than that. On one hand, Britt was scared to be left behind in Delhi. She still had to face all of the crowds, sickness, and terror that goes with being a Westerner in India, but now she had to do it all alone. On the other hand, I was never more excited to get home. Now, this isn’t to say that we didn’t have any fun in India. We did, loads of it. We met some extraordinary people, and did things that we will never forget! India is a beautiful country, filled with wonderful people and so much history. It was just a lot to take in at once, but we will definitely be coming back to tackle it once more.

Fast forward to the present, and Britt now only has 9 days left in India. She is in the home-stretch and is even more eager than I was to get back. Still no word on where we will go next, but we’ve got our fingers crossed for Sweden!

One thought on “Out With a Bang!”