As I’ve traveled and lived around the U.S. and abroad I’m usually pretty easy to place, thanks to my accent. My long vowels and hard ‘ch’s always point back to Chicago, to which I say, “youbetcha” for I am very proud indeed to call myself a Midwesterner. It wasn’t until I was in a Lyft a few years back in Philadelphia that I was labeled as a Chicago-Pole – meaning of Polish descent. Though roughly 4,600 miles separate Chicago and Poland, the connection between the two is not that far off. The Polish diaspora is one of the largest in history, with Poles moving out of their motherland due to political, economic, and various other turmoil, to countries across the globe. Chicago, however, is the single largest Polish city outside of Poland, and to that group of immigrants I am directly descended.

Growing up in the Western suburbs of Chicago, a good portion of last names that I was aware of ended in -ski, or like mine (Jacobs) they used to be (Jakobski). In fact, most people I know from the area are Polish (evidence of the immensity of the population), yet none of them ever went back to Poland or talked very much about it. I have no surviving family in Poland, and it’s been several generations since my family settled here so the ties to the motherland were very loose which is partly why I was never interested in visiting or digging deeper into my family’s history. Coupled with the fact that Poland isn’t exactly winning the ‘travel destination of the year’ award, and is never advertised as a place to visit – it was simply never on my radar.

Back in January of last year I wrote in a grant application to attend the International Federation of Library Association’s World Library and Information Congress. It was a long shot as the grant was open on a global level and only 20 grants were awarded, and my relationship with libraries (despite having worked in/for them for the past 4 years) had a rocky start and is still something I’m working on. Nevertheless, I filled out the paperwork, wrote my essays, submitted everything and promptly forgot about it as my focus was redirected to the 3 thousand other irons I had in the fire (including my impending rendezvous with death on Salkantay).

Well, the odds were in my favor as I was awarded one of the grants, and wouldn’t ‘cha know it (read in heavy Chicago accent for effect) the congress was being held in none other than the wonderful city of Wroclaw. Truth be told, I had never heard of Wroclaw, I hadn’t the faintest idea how to pronounce it (wrow-claw?) and couldn’t have pointed it out on a map if my life depended on it. Turns out, it’s a city in Poland, though this has not always been the case (more on this later), and so began what I’m calling a ‘soft genealogical dig.’ For the first time in 5 generations, a Jacobs was going ‘home’ – back to the land where I am from (or at least 25% of me), to where we were called Jakobski and to where (25%) of my story begins. To make the trip even more extraordinary, my aunt and fellow Jacobs was taking the trip with me.

We flew directly from one Polish metropolis to another, crossing dozens of international borders along the way, coming to a landing in Warsaw. Being in Poland was the first time I have ever been in a foreign country where English is not the main language, yet I look exactly like all of the nationals. In Finland, Sweden and Denmark I was significantly shorter, less blonde and way less stylish than the majority of people. In South America, Africa and India my skin color gave me away. But in Poland? In Poland, I fit right in! Thankfully, I have made it a practice to learn how to say, “sorry” in the native tongue of any country I visit so that I can apologize right off the bat to all of the people who, seeing a familiar face in me, went right into the very foreign tongue of Polish. Invariably, after they realized I was not from Poland, they all asked if I was from Chicago. Like the Lyft driver in Philadelphia, these people were able to pin-point me on a map. You’re not from Poland, but you’re obviously Polish, so you must be from Chicago! (heard this multiple times a day, every day) 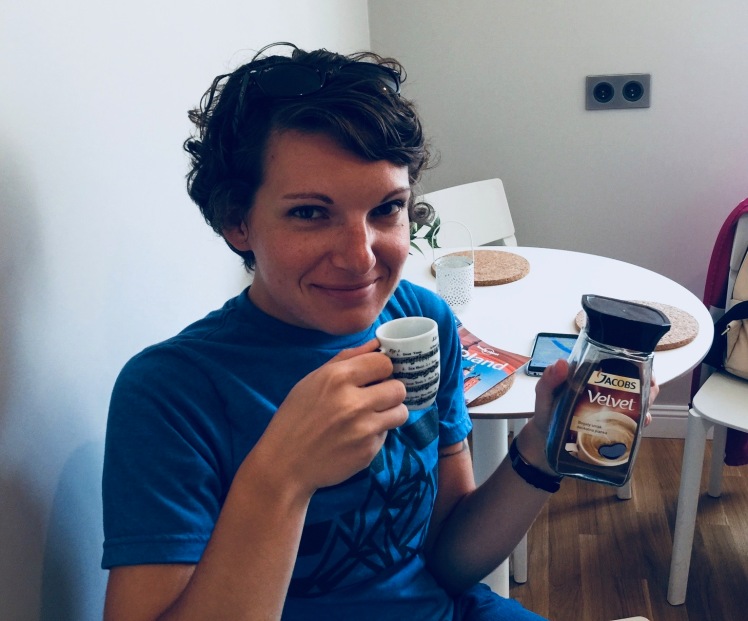 We arrived mid-day, and with a little help from some Jacobs coffee (it’s German, I know, but a Jacobs drinking Jacobs coffee in Poland? Come on!) we were able to stay awake long enough to out-stretch jet-lag and get on the new time zone. We wandered the streets and began what would be 14 days of pierogis, paçzki, potato pancakes and packed cabbages (had to stick with the alliteration there, it’s stuffed cabbages, but you get the idea). We had to get to Wroclaw for my conference so our initial time in Warsaw was brief, but it was just long enough for me to become fully enamored with summer in Poland.