With my travel guide in hand (Lonely Planet Sweden) I boarded the train in Älmhult and took the 80 minute ride down to Southern Sweden’s largest city, Malmö. Despite the fact that there wasn’t any snow on the ground, this seaport city had a temperature well below freezing. However that didn’t stop hundreds of people from riding their bikes. 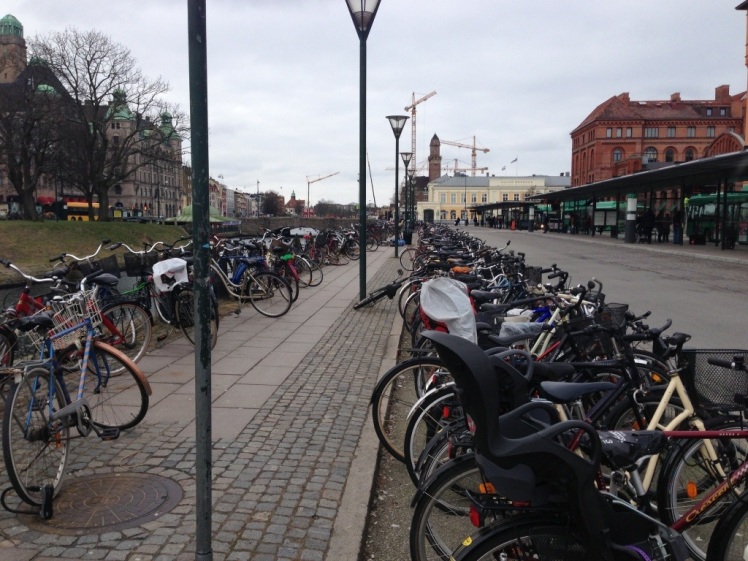 My first destination was Malmöhus Slott (Malmö Castle) and I power-walked the entire way, in order to avoid lingering in the cold and acquiring frostbite. Typically, I’m no weenie when it comes to the cold, but 30 degrees has been the coldest temperature I’ve experienced in the past two years, and in Houston, Texas you basically get a steam-bath every time you walk outside because it’s so hot and humid. After the 11-block walk through cobbled streets and old buildings, I arrived at the castle. 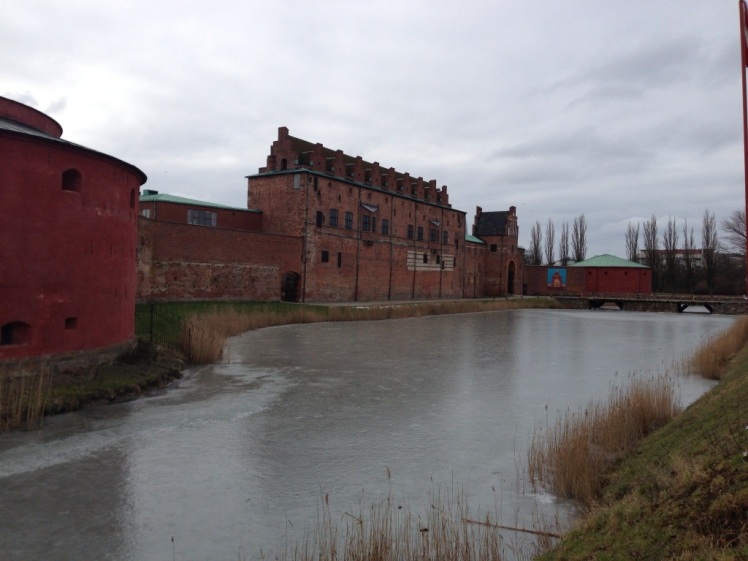 I’ve been to a few castles in my travels, but Malmöhus Slott differs from any I’ve ever seen. First, this is the first castle I’ve seen with an actual moat. Though it was frozen over, which kind of defeats the purpose. Second, this castle is built out of red brick, rather than grey stone or boulders with white plaster. Third, the architecture more closely resembles a factory than a castle. If it weren’t for the signs and moat, I would never have guessed that it was a castle.
The inside houses Malmö Museer, a collection of museums, including a restored portion of the castle as it would have been back in the 1500’s. Museums, as far as I am concerned, are best visited with at least one other person so that you can discuss and navigate the exhibits together. I did not have the luxury of touring with anyone, since Britt was back in meetings at IKEA Headquarters. So, I silently walked through the castle and 6 of it’s museums. 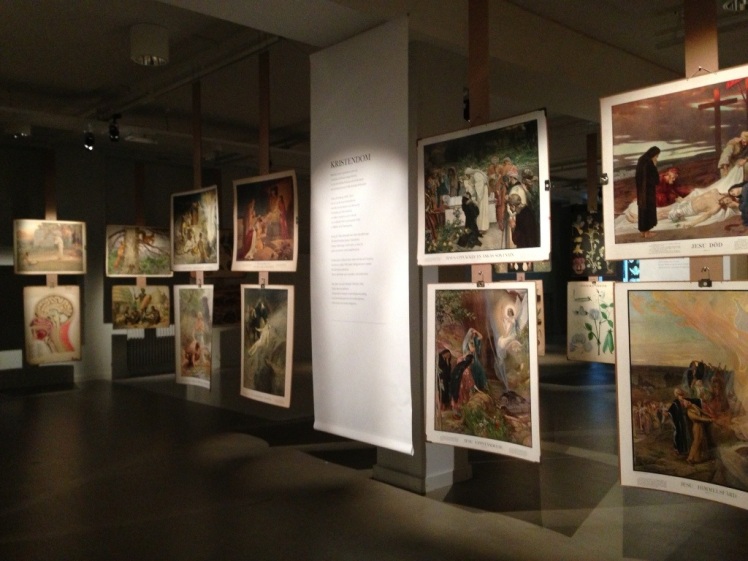 I’m not sure what the Head of Museums was thinking, but they must have said something along the lines of, “anything goes!” There were the standard exhibits in the restored areas of the castle, with furniture, clothing and paintings of the royalty, but there were also exhibits on Vogue, children’s toys, modern abstract art, Swedish Design, American children and money and to top it all off, an aquarium! From the top floor, there was an excellent view of Turning Torso, Sweden’s tallest building. 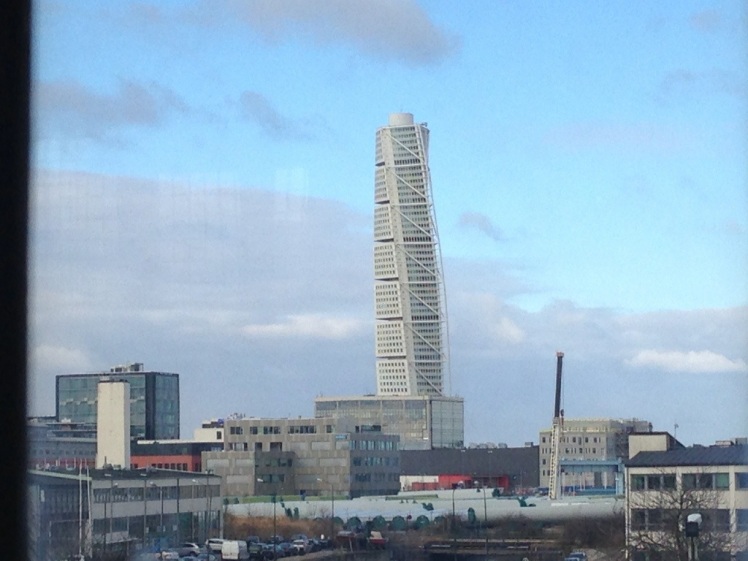 I left Malmöhus Slott little wiser, since not much English translation was offered. I had to go on pictures alone, and ended up visiting several exhibits twice because I got turned around the people I asked for help didn’t speak English. By the time I made it out of the museums, I was hungry and more than ready for a visit to a café!